Partners from Denmark, Spain and Germany are involved in the project DSS-IWM, which was run from 1st April 2016 to 31st March 2019. The project duration was extended by half a year to 30th September 2019. The aim of the project was to provide a decision support system for weed control in maize and winter wheat. Farmers and advisors - as the main target groups - can use the system via web portals which already exist for integrated pest management (i.g. ISIP in Germany). The project also defines the business conditions, in order to make sure that DSS-IWM will be available and supported in the long run.

Farmers will benefit from economical savings in input of herbicides by maintaining a high efficacy and market profit. These economic effects are accompanied by positive environmental effects due to reduced herbicide dosages.

DSS-IWM designed and customised an innovative, online DSS IT platform, which will be long-term supported. The main results of the new scheduled project are:

Based on recent research on many different regional prototypes of decision support systems for weed control, data gaps and additional research needs were identified. For example, combinations of efficacy targets and dose-response functions have been validated under field conditions. This process needs to go on in order to run the program properly in future. Furthermore, specific tools like resistance management had been added to DSS-IWM. Finally, the project aimed to select and improve the best test version (in terms of agronomical robustness and potential for reducing use of herbicides) for practical applications.

For feasible purposes and dissemination, the DSS-IWM was demonstrated to farmers and advisors on field days and exhibitions. In addition, experiences and results were published in relevant national journals for farmers and for similar interesting groups. The project partners also got feed-back by farmers and advisors organised by meetings or web-based queries. There were additional opportunities to publish the findings of the project as presentations on national and international conferences. 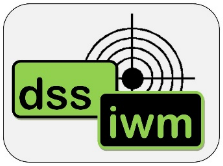