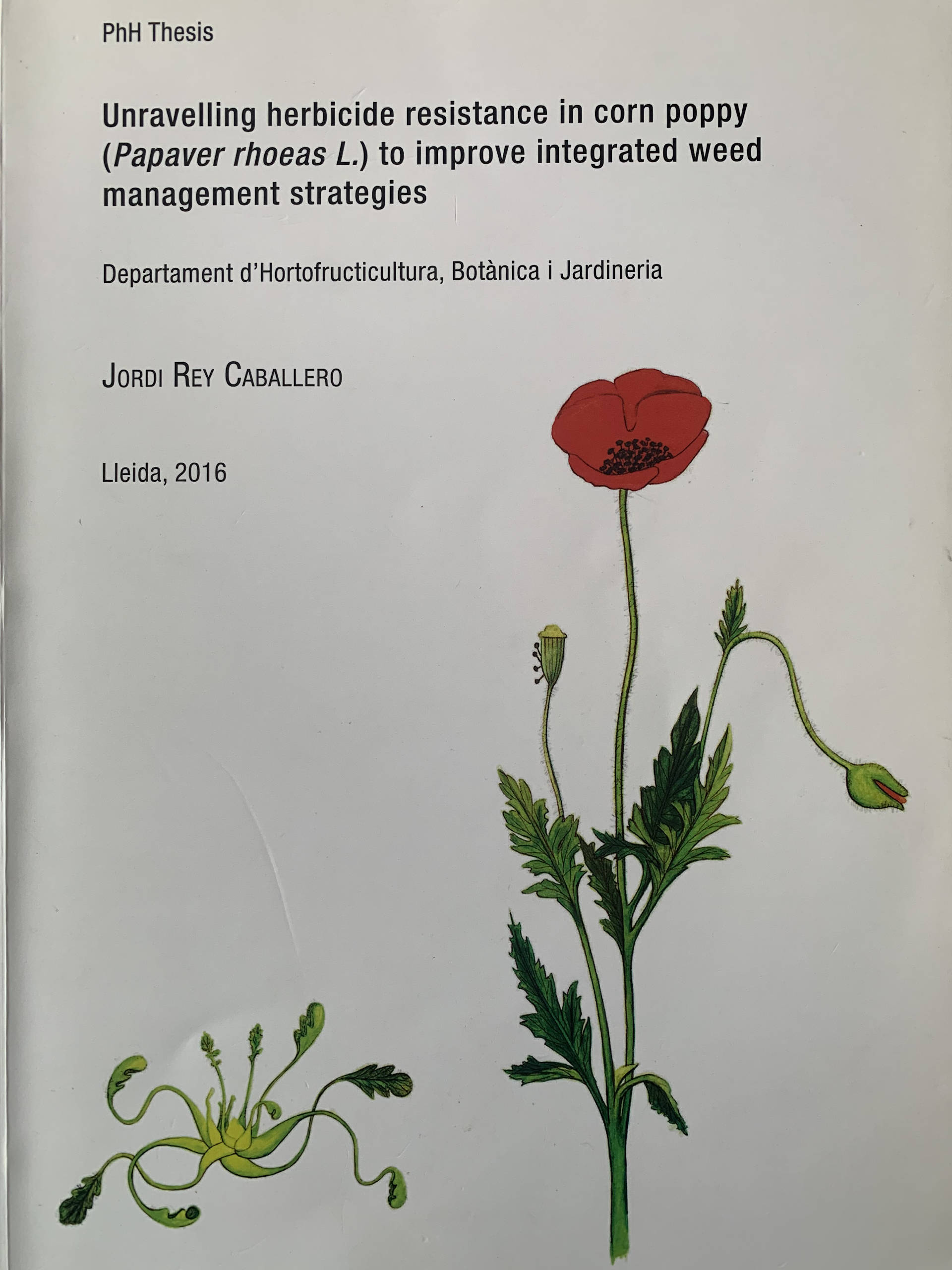 The persistence of resistant corn poppy (Papaver rhoeas L.) biotypes is one of the most pressing problems in rainfed Spanish cereal crops. Resolution to this problem begins with the proper characterization of the resistant profile, followed by the establishment of an appropriate integrated management system. The study herein has been conducted precisely towards this end, while maintaining the following bases as a general framework: a) corn poppy biotypes with multiple resistance (acetolactate synthase -ALS- inhibiting herbicides and auxinic herbicides) and only 2,4-D resistance from north-eastern Spain were selected for analysis of molecular and physiological resistance matrices; b) we have tried to investigate under controlled conditions, if failures observed in the field, by photosystem II inhibiting herbicides (bromoxynil), could be directly attributed to the phenological stage of the weed at application time or inherent resistance and c) the creation of integrated management strategies for corn poppy and rainfed cereal fields in North-Eastern Spain.