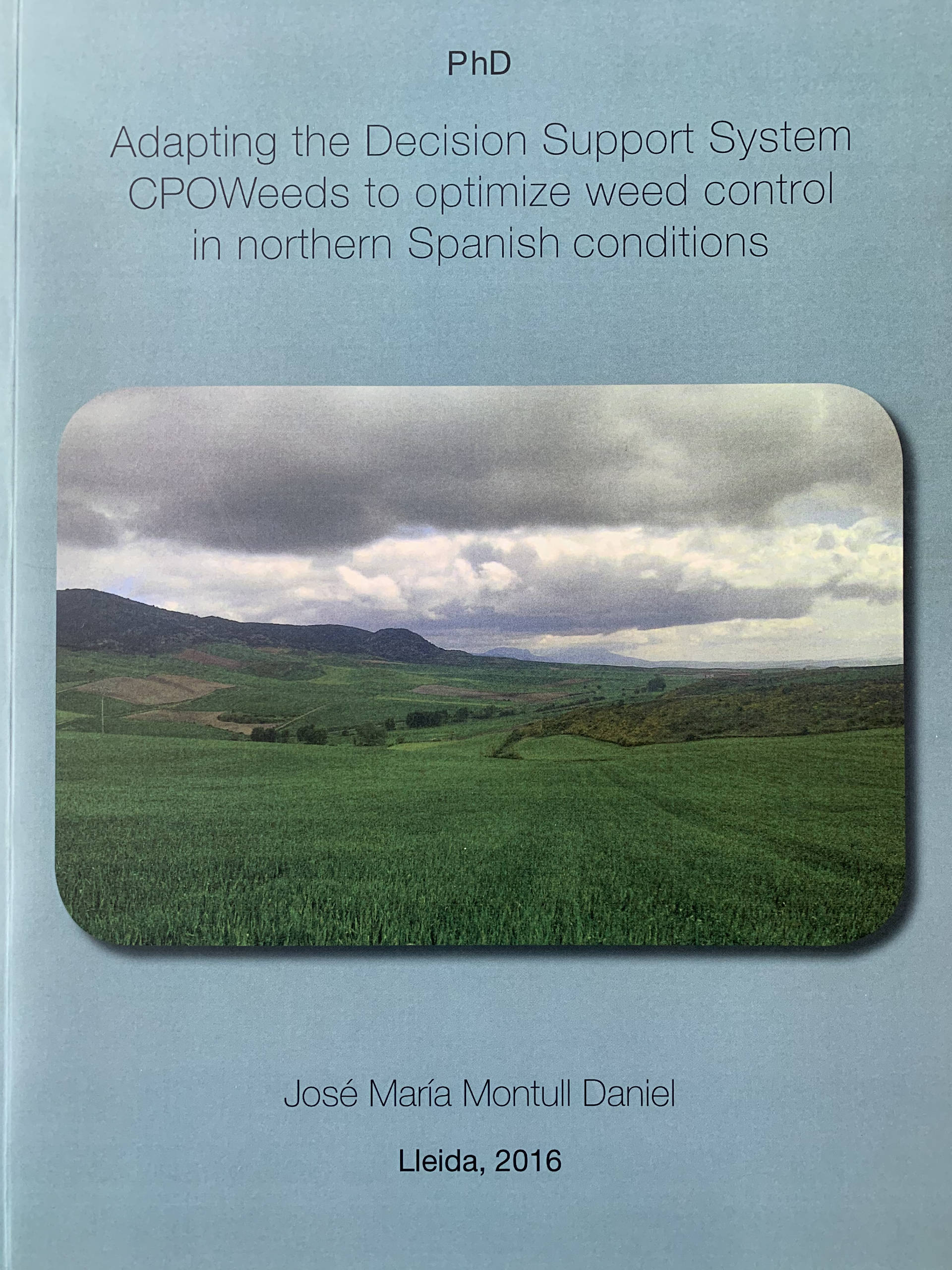 In this work, a Decision Support System (DSS) is developed to make a Site-Specific Crop Management (SSCM). The advantages of the use of DSS are both economical and environmental because, by optimising plant protection products, it is in some cases possible to reduce the applied doses. The Danish decision support system Crop Protection Online (CPO) optimizes herbicide weed control because it recommends specific herbicide solutions to achieve a required level of control. It has been developed since 1980's. CPOWeeds is a version of CPO adjusted to the conditions in Spain. All CPOWeeds treatments were compared to the efficacies obtained with standard herbicide treatments decided by local advisors. The predictions from CPOWeeds were compared to the achieved efficacies in the field trials for nine weed species at different developmental stages. In 84.2% of the comparisons the obtained efficacies were equal to or higher than the predicted ones Moreover, CPOWeeds achieved a satisfactory control level. In all five tests carried out in commercial wheat and barley fields, yield tended to be higher using the CPOWeeds. It was concluded that the use of CPOWeeds allowed the optimisation of the herbicide application with a very high robustness. The recommendations were satisfactorily for the conditions of Spain and have the potential to decrease the amount of applied herbicides by at least 30%. Therefore, CPOWeeds can be an important tool in Integrated Weed Management.